Congratulations to the pupils who were awarded certificates for being Pupil of the Month. Certificates were also awarded for 'Bug Club', reading, writing, mathematics and handwriting.

Class draws were held for 'Good to be Green' winners and one draw was held for children who received commendations for a good act during November and December.

Well done to everyone! 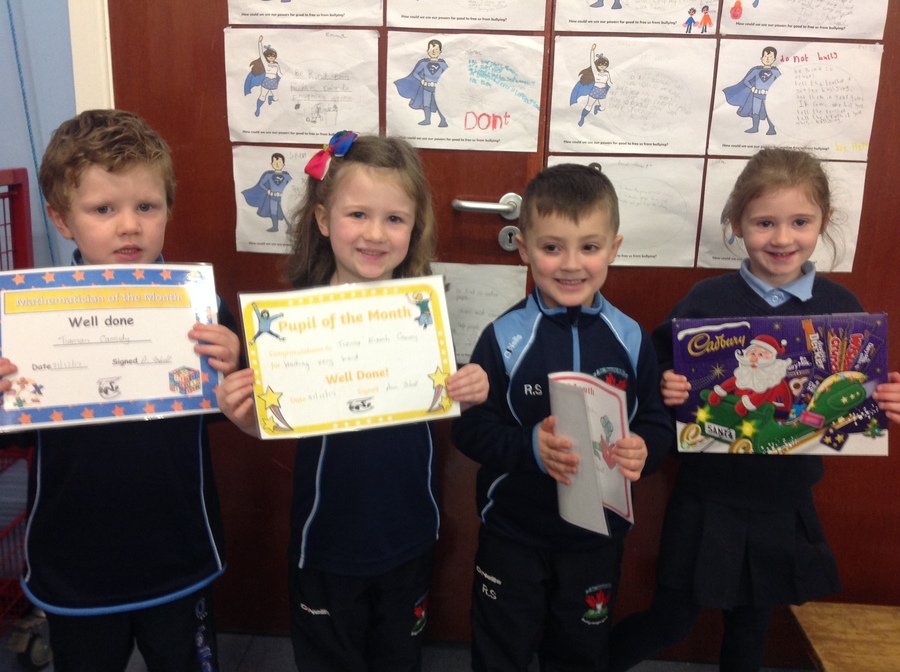 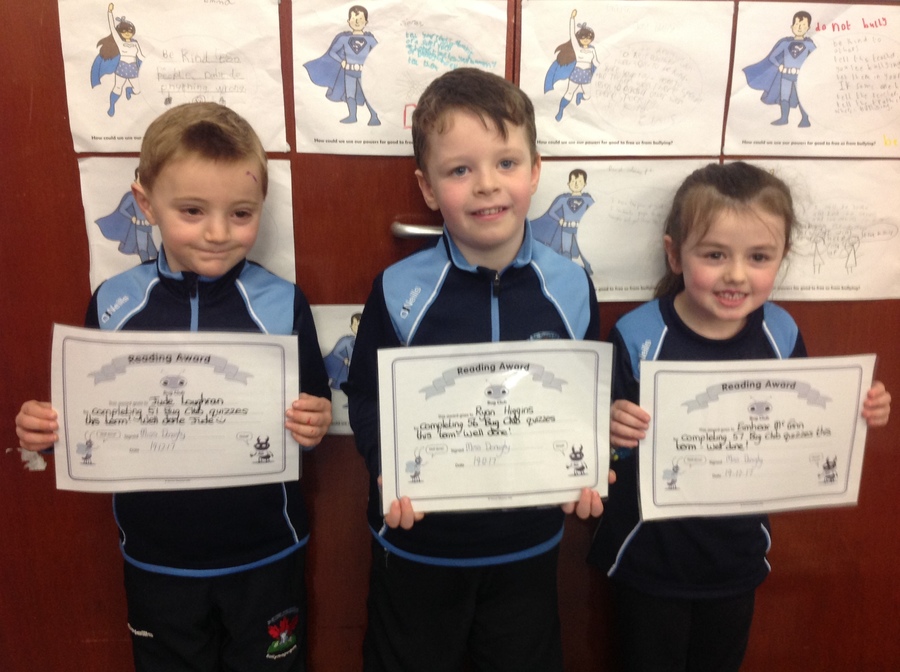 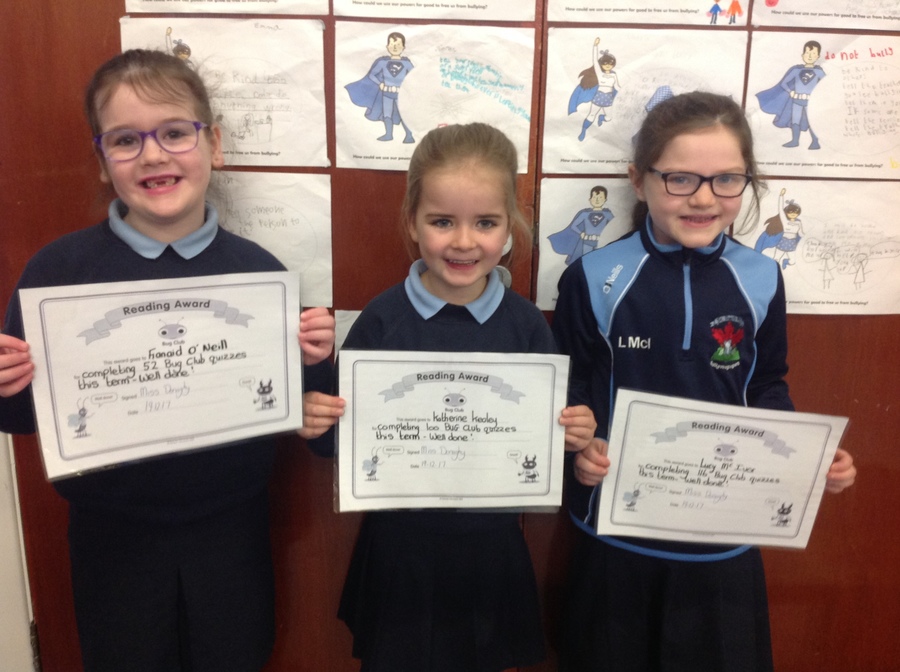 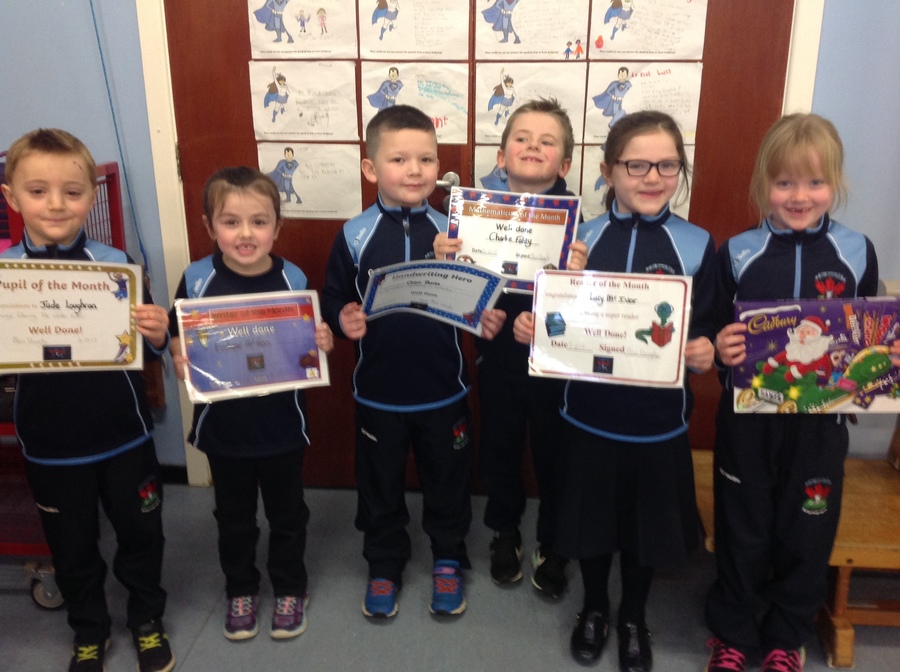 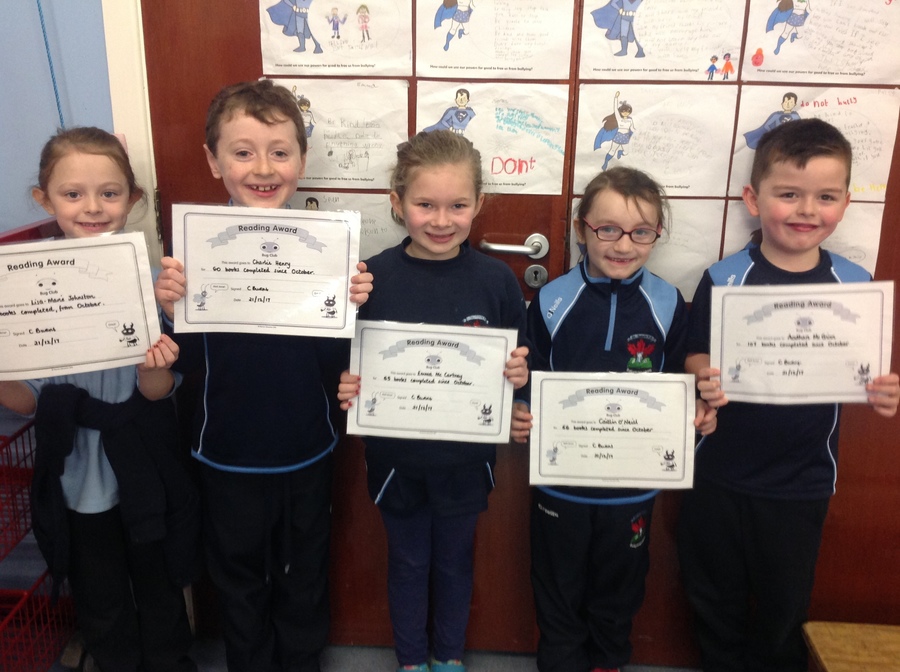 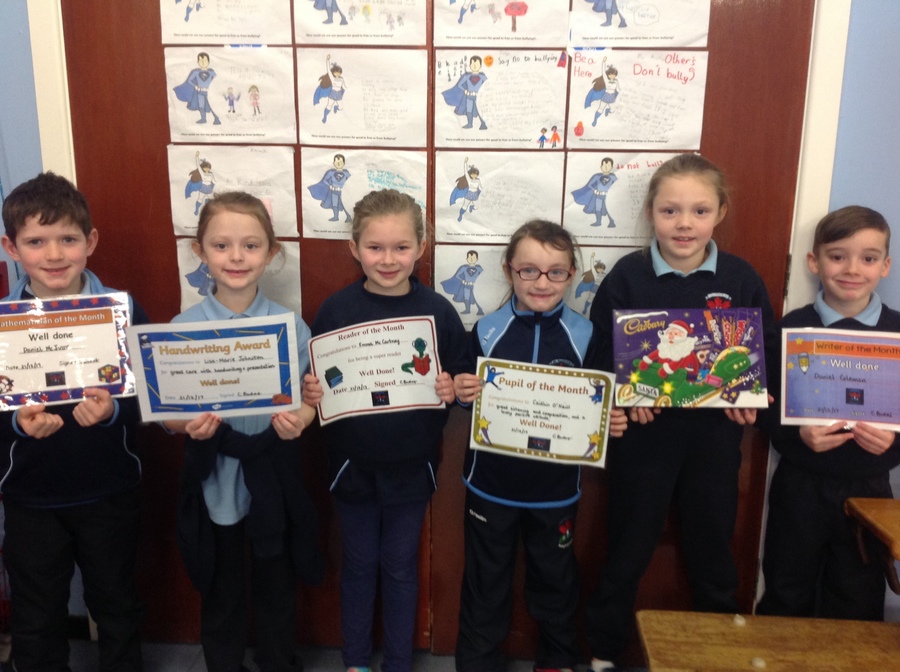 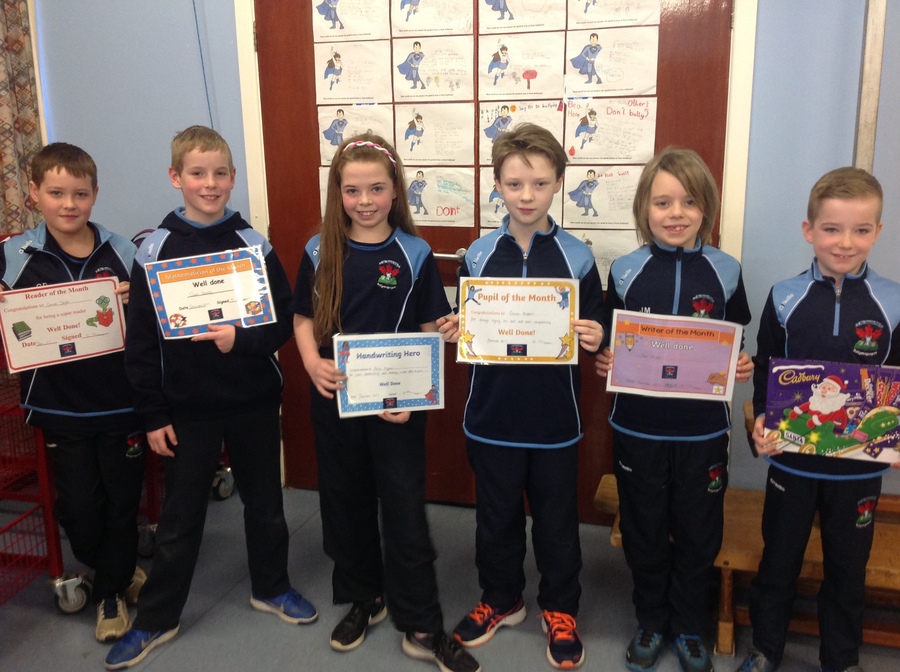 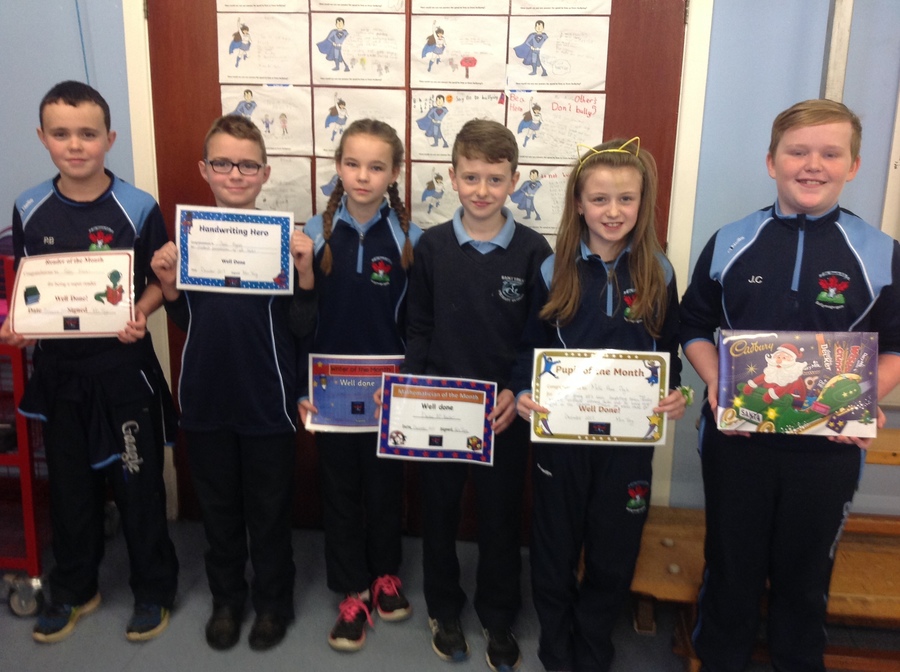 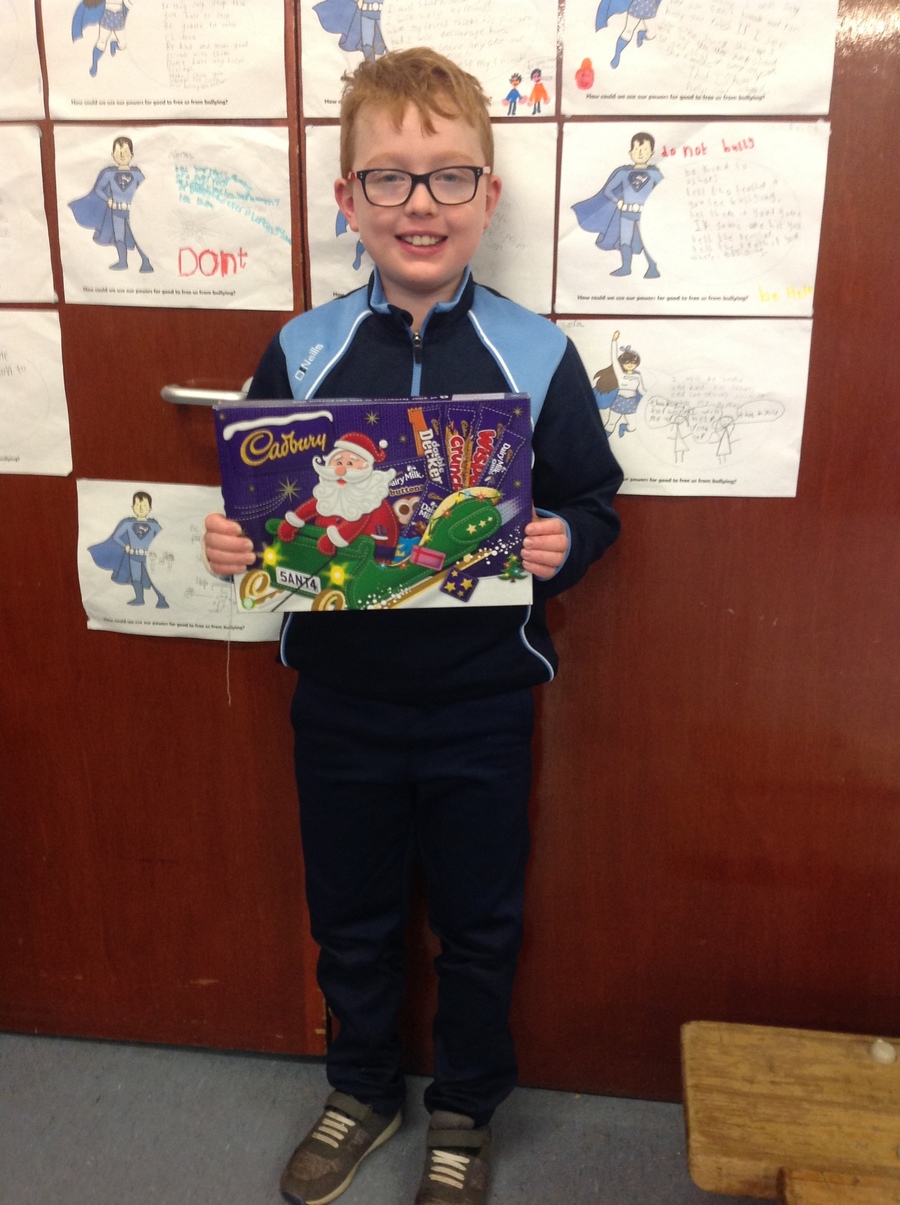